The fifth phase of the Nestlé Coconut Plan was launched on 10 November 2021, in Aranthalawa, Maha Oya, where 1,000 more farmers and outgrowers were presented with 5,000 hybrid coconut plantlets and organic fertilizer. Conducted in partnership with the Coconut Cultivation Board of Sri Lanka, this phase will focus on organic farming, to ensure the growth of high-quality produce, while preserving soil fertility and moisture, and conserving biodiversity. 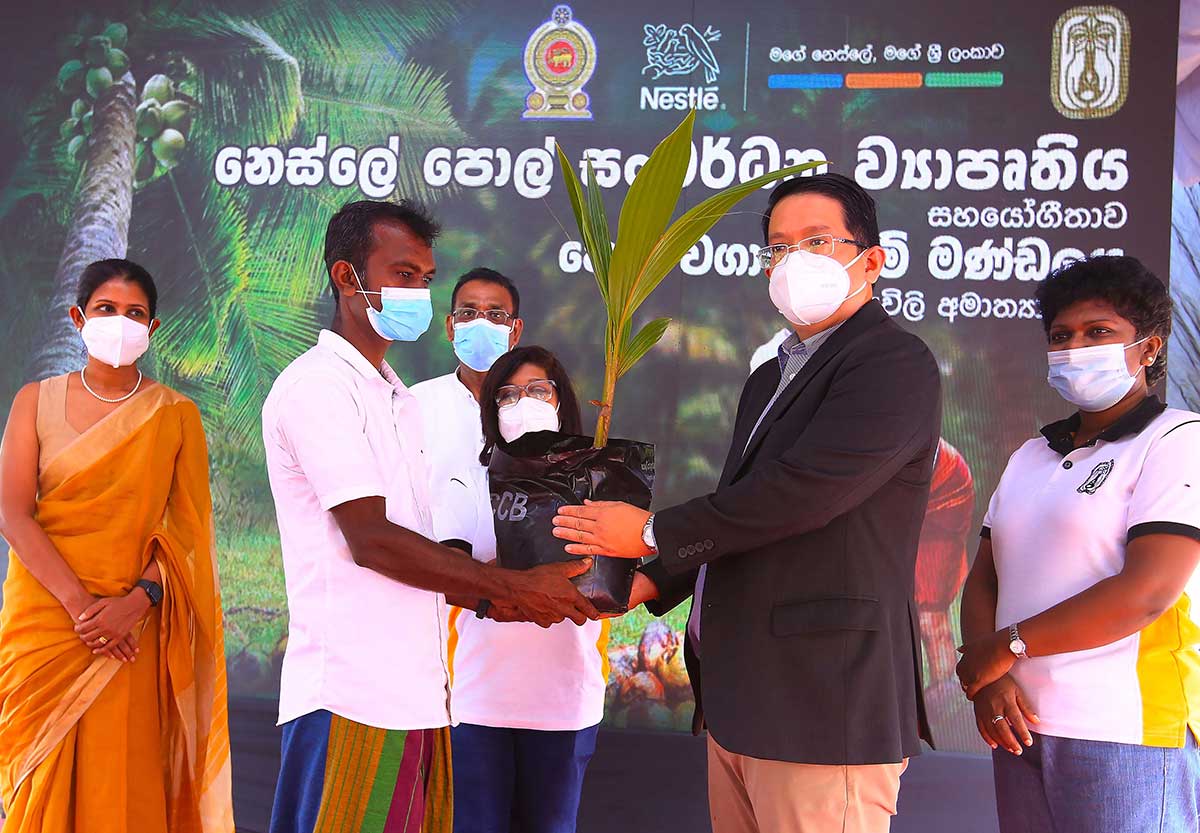 “Much-loved by generations of Sri Lankans, coconut has been an integral part of our lives, both culturally and economically. However, in the last few years, the supply of coconut was affected by drought and crop diseases, impacting the livelihoods of many. Therefore, it gives us immense pleasure to be a part of this public-private partnership, which is helping rural families grow more resilient coconut varieties in non-traditional coconut growing areas” said Mrs. Madhavi Herath, Chairperson of the Coconut Cultivation Board. 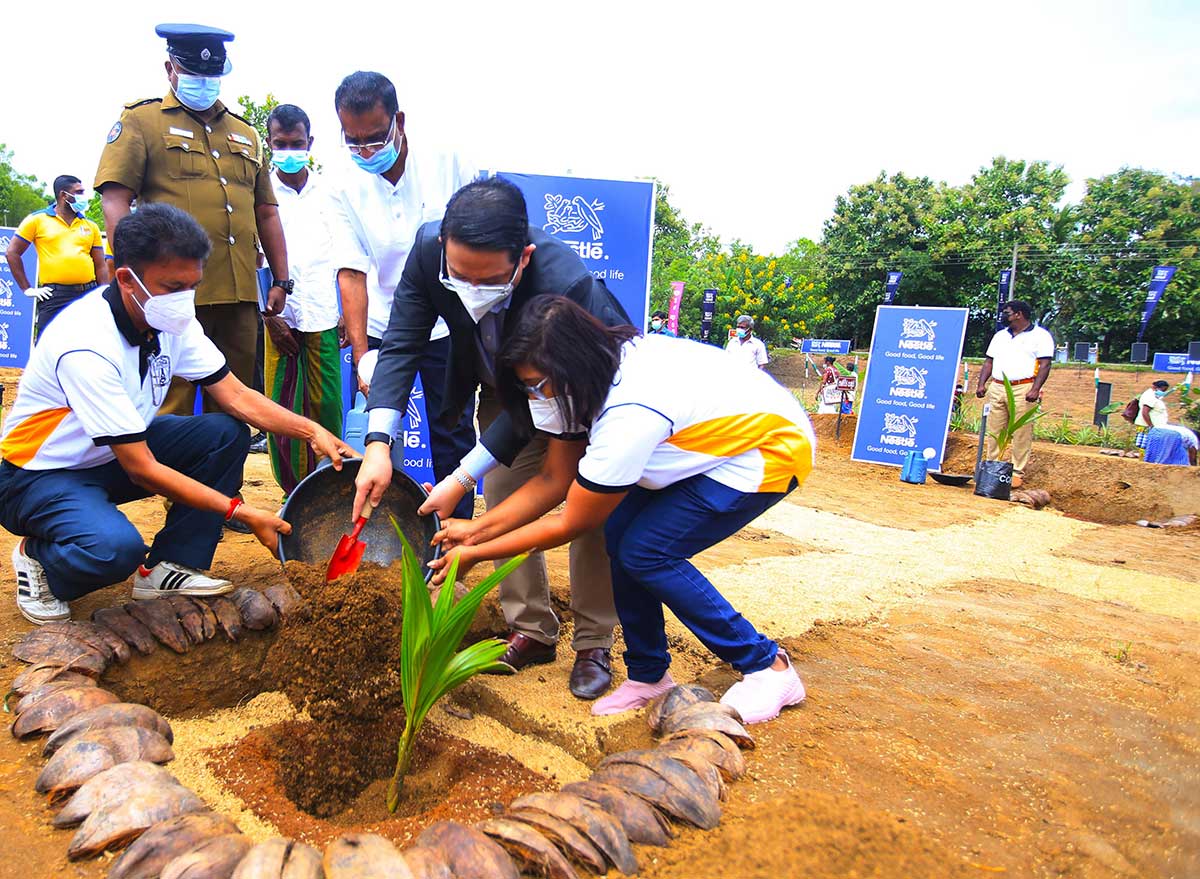 “This is a rewarding opportunity for us, to be able to help Sri Lanka gain self-sufficiency in coconut and support farming practices that are good for the planet and good for our communities. As we embark on a journey toward regeneration, we look forward to providing our farmers the required assistance to adopt organic farming practices to ensure their farms will be both sustainable and profitable. Our ambition is to continue help protect, renew and restore food systems at scale, one step at a time” said Jason Avanceña, Managing Director of Nestlé Lanka.

Nestlé has operated in Sri Lanka for over 115 years. The company supports more than 10,000 farmers across the country and contributes billions to the local coconut industry. The company has consistently enhanced the well-being of rural communities. Last year, even during the pandemic, Nestlé Lanka continued to buy coconut, paying out Rs. 4.5 billion to procure over 90 million fresh coconut. Further, as one of the largest exporters of Coconut Milk Powder in the world, the company contributed Rs. 3.8 billion in export revenue to the Sri Lankan economy in 2020.