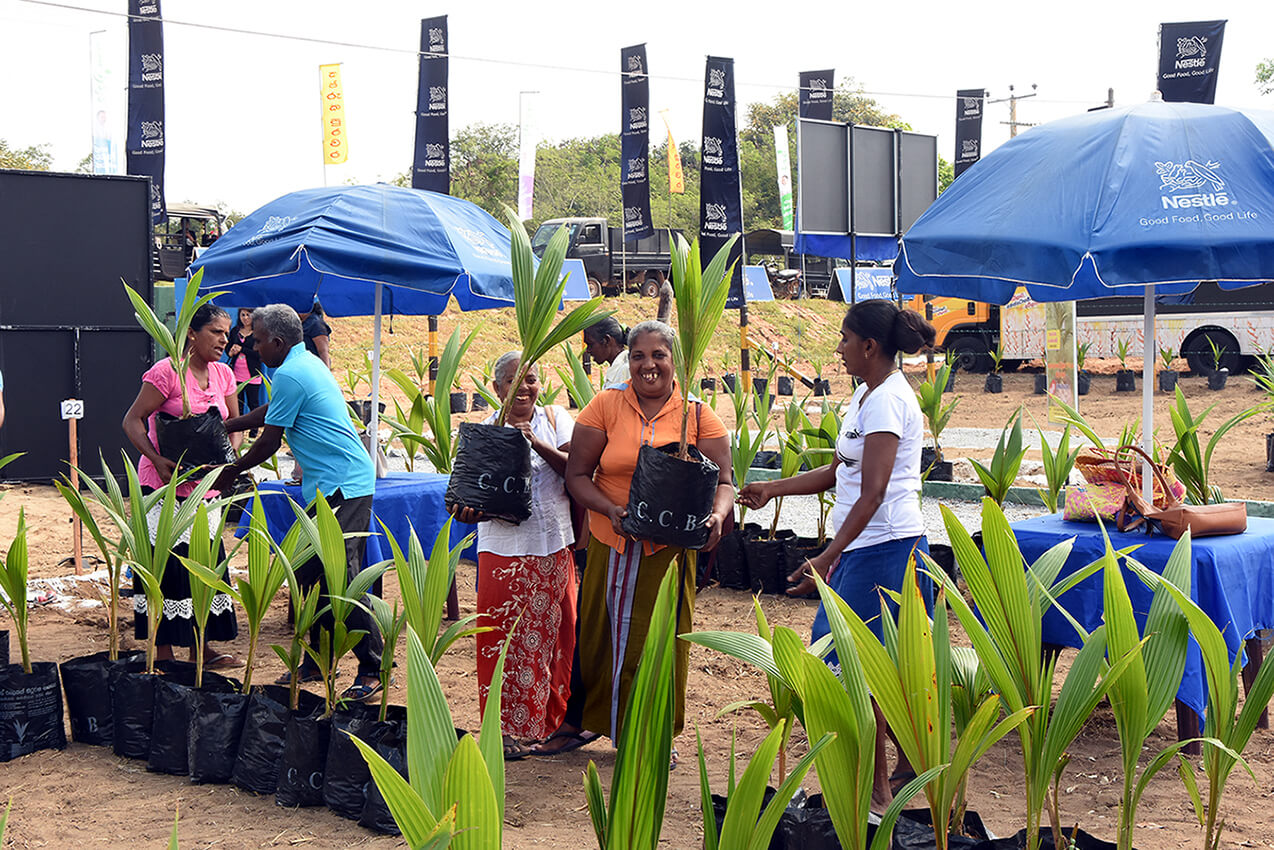 The Nestlé Coconut Plan has expanded to include 1,000 more rural farmers and outgrowers in the Horowpathana and Aralaganawila areas, providing them with 5,000 coconut plantlets. With this new expansion, the Nestlé Coconut Plan benefits a total of 3,000 Sri Lankan coconut farmers and outgrowers with 19,000 coconut plantlets and a number of other resources and support for successful coconut cultivation.

The Nestlé Coconut Plan is a coconut development programme that was launched by Nestlé and the Sri Lankan Coconut Cultivation Board in 2016. Its objective is to help enhance coconut cultivation in the face of declining coconut production, mainly resulting from extreme weather conditions and crop disease. It offers programme participants free hybrid coconut plantlets that are expected to be more resilient than the regular variety, regular technical assistance for coconut growing, and intense training and development programmes. It is also establishing model farms to help farmers and outgrowers benchmark best practices, and encourages intercropping to help participants grow other crops with a faster yield, to help sustain their income until the coconut plantlets mature and bear fruit. 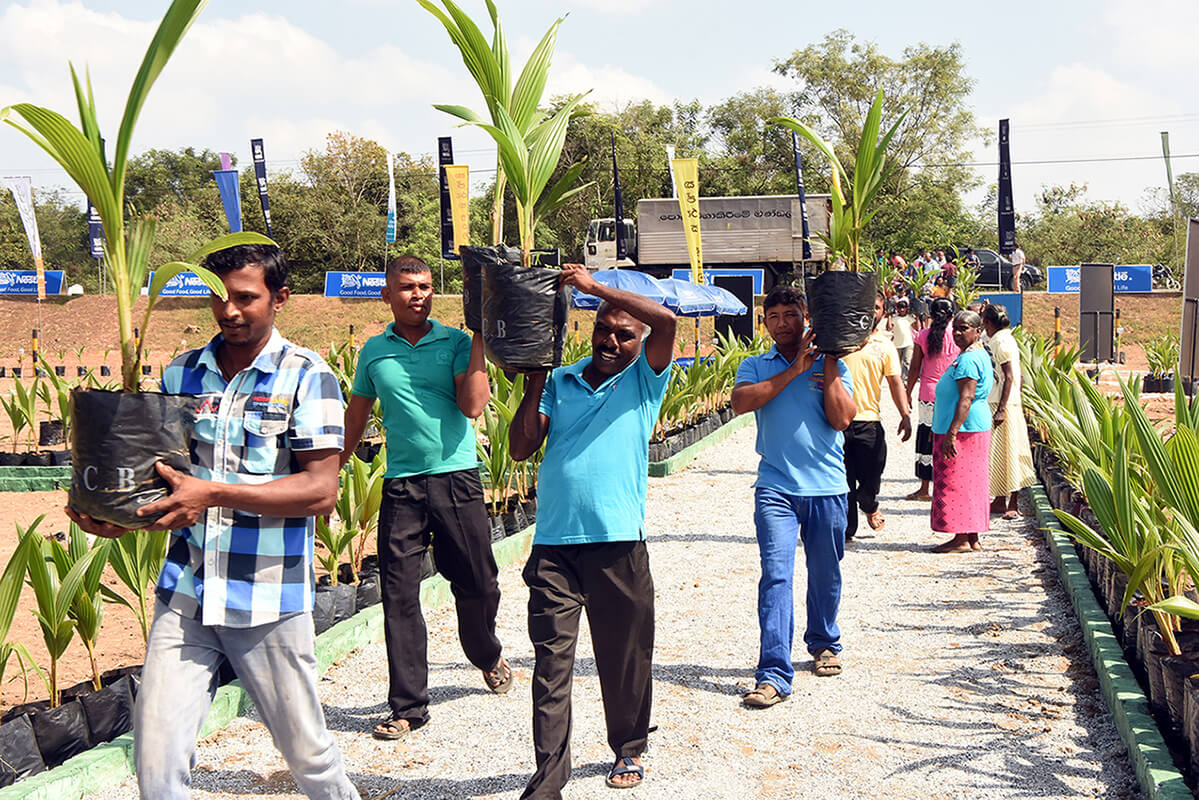 “The government’s vision is to regain self-sufficiency in coconut. One of the ways we are working towards this is through strong public-private partnerships to encourage new farmers to the coconut industry, establish a home-gardening concept with outgrowers, and improve farmer knowledge. Through the Nestlé Coconut Plan, we look forward to strengthening our progress in developing the Sri Lankan coconut industry” said Palitha Pelpola, Chairman of the Coconut Cultivation Board. 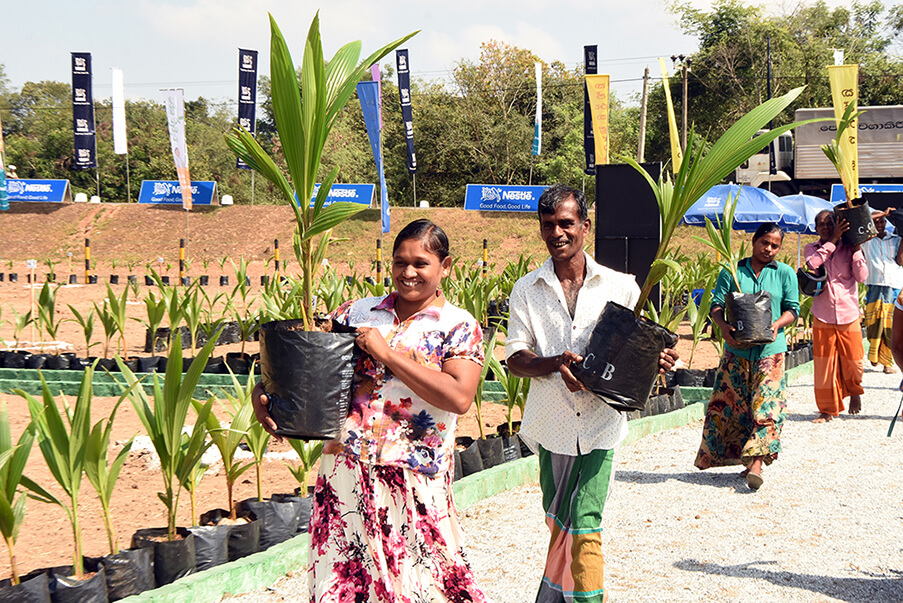 The Nestlé Coconut Plan is facilitating coconut cultivation in both traditional and new experimental coconut growing areas. These include Wariyapola, Nikaweratiya, and Rasnayakapura within the traditional coconut triangle, and Padaviya, Vavuniya and Kebithigollewa in the North-Central province and previously conflict-affected Northern province, which research and testing has shown to have good potential for successful coconut growing. The Plan also has set up four model farms in Nikaweratiya, Kebithigollewa, Horowpathana and Aralaganawila. All plantlets in the programme currently enjoy a 95 - 100% success rate, and the first batch of plants is expected to mature in 2021. 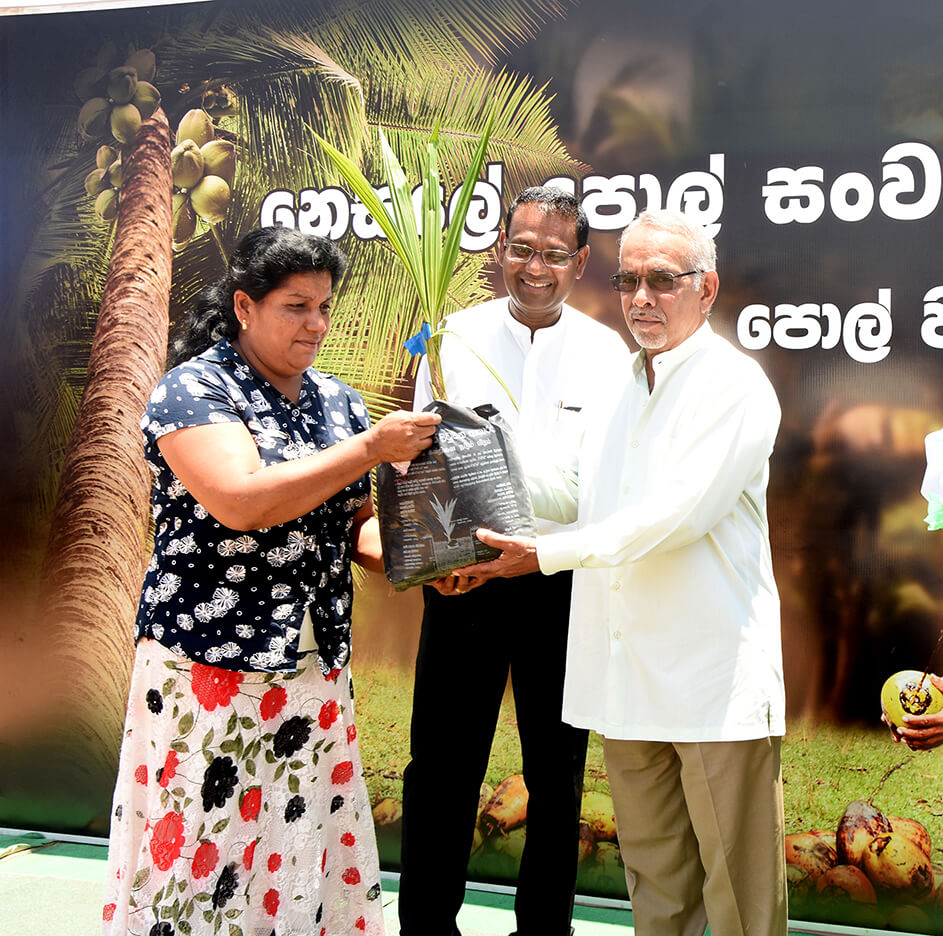 Nestlé Lanka is one of the world’s largest exporters of coconut milk powder. Made from Sri Lankan coconut, the product is exported to over 50 countries. It is manufactured in Nestlé’s state-of-the-art factory in Kurunegala, where the company procures around 90 million Sri Lankan coconuts every year; indirectly providing a livelihood to more than 6,000 local coconut farming families. The Nestlé Coconut Plan however is currently separate to the company’s commercial sourcing of coconut and focuses purely on developing coconut supply to meet domestic consumption needs. 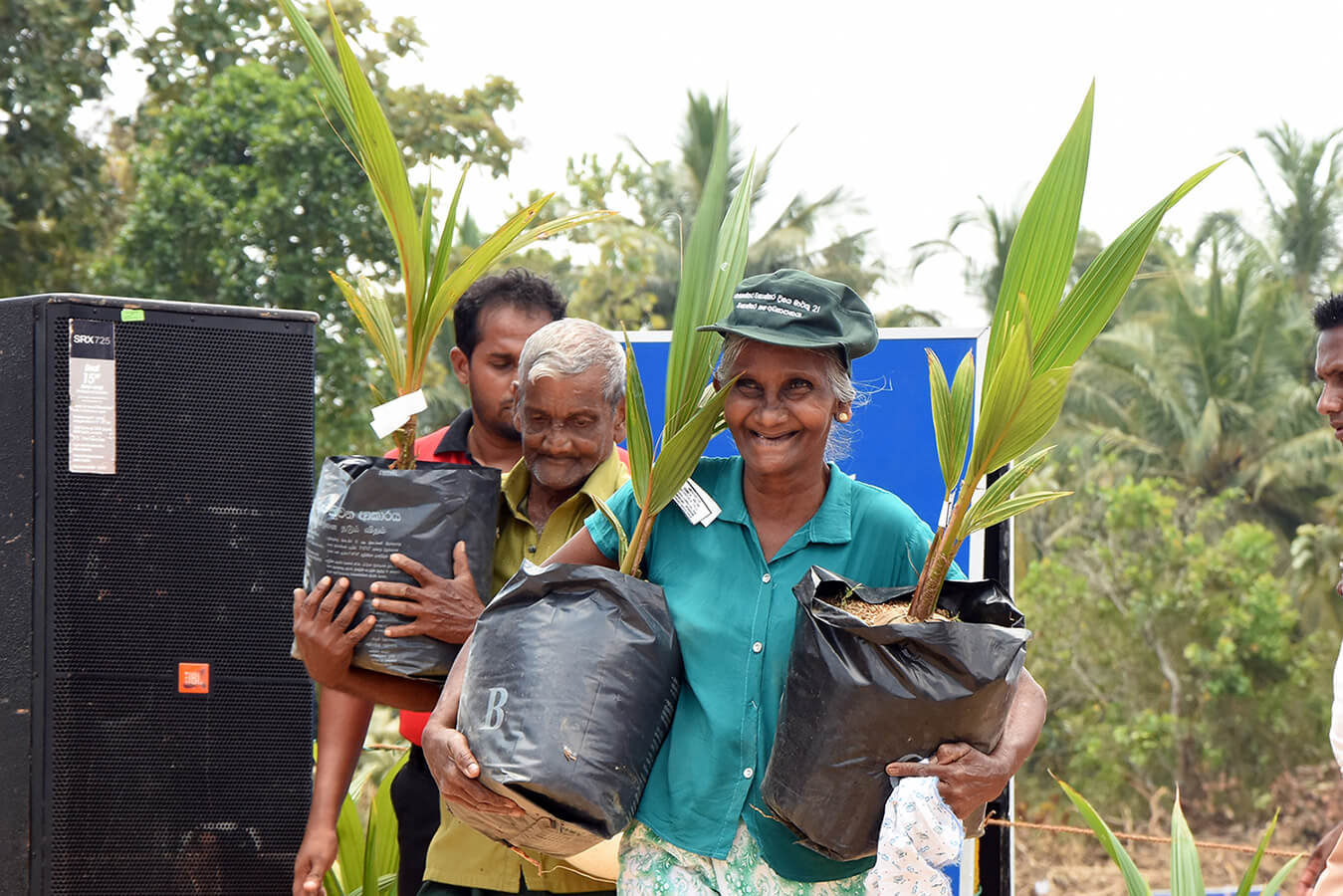 “Nestlé has a strong history and expertise in rural development, and in providing or facilitating agronomical support. We’re proud of our contribution to the local dairy industry over the years and hope to have the same positive impact in the coconut sector. With the Nestlé Coconut Plan, our current aim is to support the government vision to achieve self-sufficiency in coconut, and help meet growing household demand by ensuring our growers can produce enough coconut to meet their own consumption needs and that of their surrounding community.” said Fabrice Cavallin, Nestlé Lanka Managing Director.

Read the press release in Sinhala

Read the press release in Tamil