In 1869, 23-year old Julius Maggi sat in his family mill near Zurich, in Switzerland, throwing darts at a picture of a steamship.

OK, we made the darts bit up. But in the 1860s big ships bringing cheap grain and corn from America caused a major crisis for European millers. Young Julius needed new wind in his sails. Mill, sails, wind? Yep, you got it!

One day Maggi bumped into a legume-loving factory inspector, Fridolin Schuler. Ouch! Anyway, Schuler told him that plant-based foods like peas and beans were an affordable way to prevent malnourishment in the Swiss workforce. 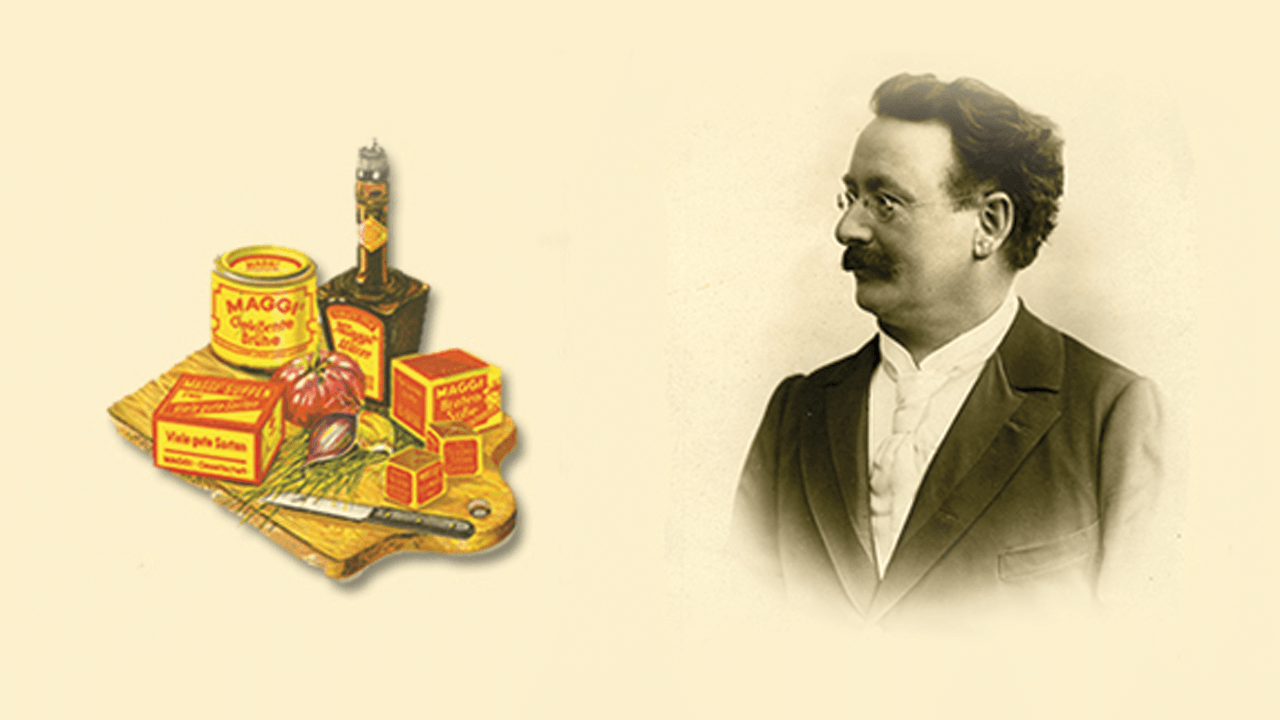 This guy had his finger on the pulse. As did Julius, who quickly invented a range of legume-based flours that were cheap, nutritious, and easy to use. There was just one catch. They didn’t exactly fly off the shelves.

Julius claimed on the label that his product would make ‘any soup or weak bouillon surprisingly good and hearty in an instant, conveniently and at low cost’. ”Yeah, right!” people thought. But then they tried Maggi’s moreish seasoning.

And they liked it. A lot. 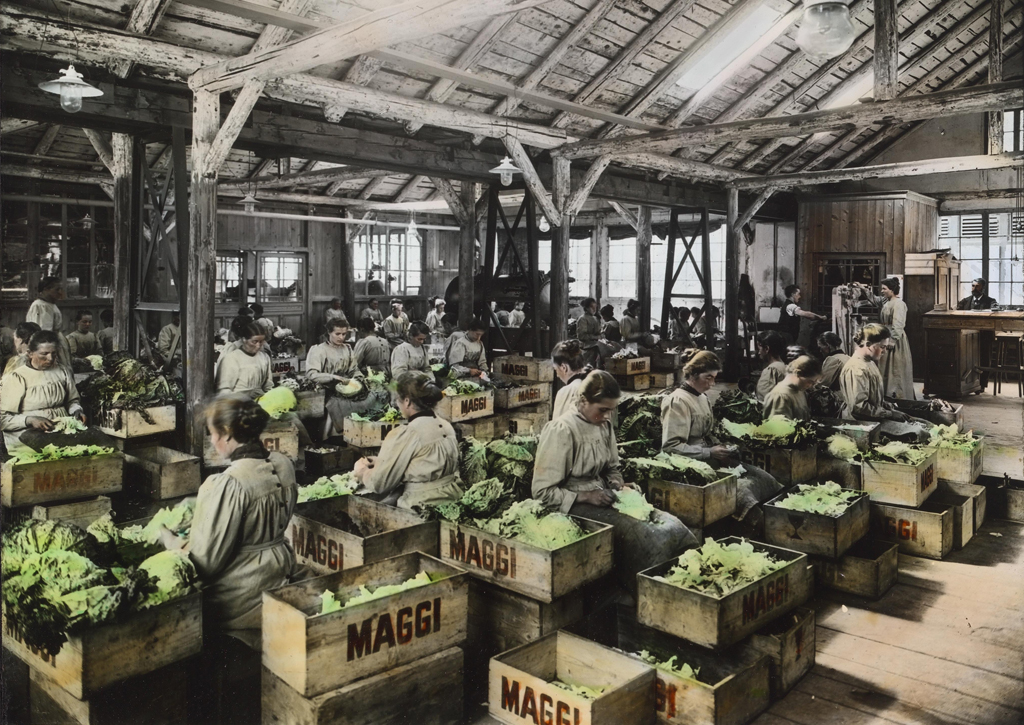 The product spread across Europe and made Julius’s fortune, and in 1947 Maggi merged with Nestlé.

Today Maggi sells nutritious foods including noodles, bouillons, soups, seasonings and sauces. Many products are enriched with micronutrients such as iodine, iron or calcium to help improve peoples’ diets.