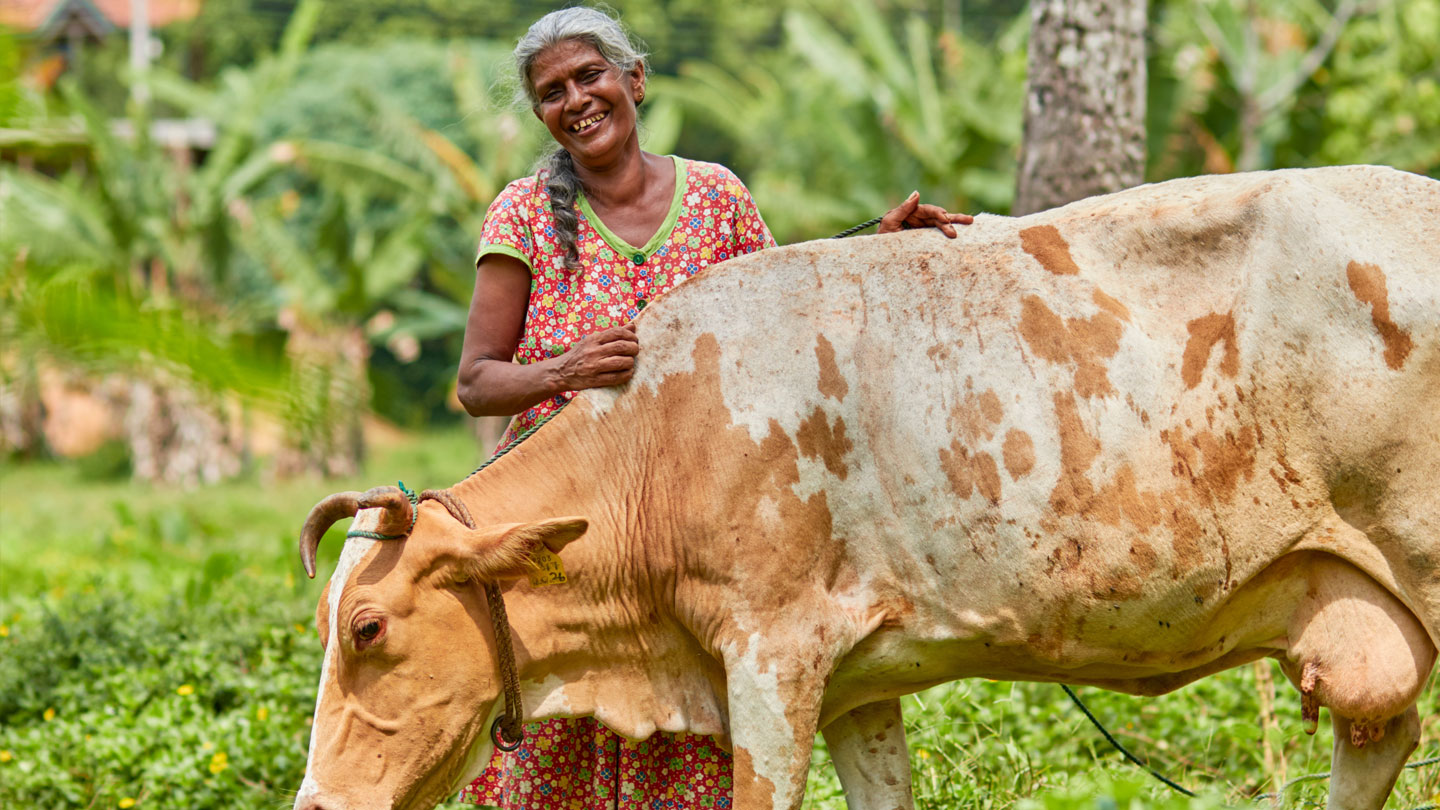 At 5am Bandara Menike and her two daughters begin their day. As dairy farmers, it’s vital that they start work early in order to milk their 11 cows and one buffalo at least twice a day. Feeding, cleaning, working the fields and veterinary care revolves around these milking times. And unlike most dairy farms in Sri Lanka, there are no men in this all-female team.

Menike and her husband started dairy farming in the late 1980s, as a way of earning a living when employment opportunities in the country were scarce. “The country was at war and my husband couldn’t find a job anywhere,” she says. “So to secure a steady income, we both started dairy farming." But in 2005, when her husband was taken ill, Menike took over sole responsibility for their business.

Running the farm alone was tough, especially milking, which had to be done by hand. She had some help from her brother-in-law but he had his own work to do so couldn’t help every day. Then Menike found out about Nestlé’s local training programmes. She learned how to milk a cow properly so she could always produce the best quality milk. She also received an interest free loan in order to buy machinery and materials to secure her pastures. “We use a machine for milking now. One of my happiest days was when we purchased it,” she says.

As well as financial aid and technical support, Nestlé also encouraged Menike to farm more sustainably. She now converts cow waste into biogas, which is used to power both her farm and the family home.

Many people thought she wouldn’t be up to the challenge of dairy farming because traditionally it’s an occupation done by men. But Menike has proved the cynics wrong and actually has more time to spend with her family than she would have in another profession. “I essentially work from home so I can look after my family and take care of their needs full-time while also earning an income,” she says. “I always think that if I were to work outside of my home and return only in the evening, I would miss out on a lot of family time.” 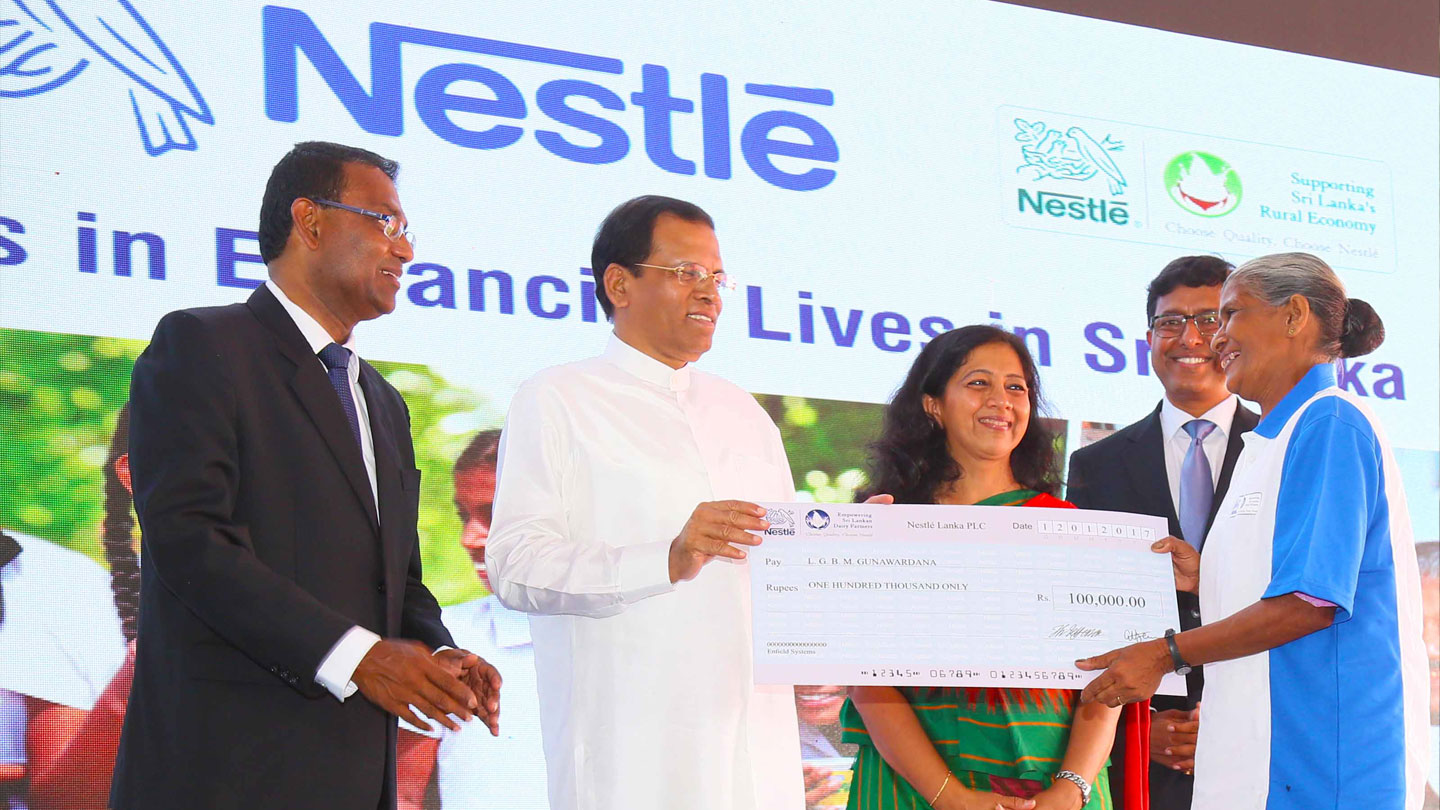 Menike accepting a reward from former president, H.E. Maithripala Sirisena, for being recognised as one of the top 100 dairy farmers in the country by Nestlé

The Sri Lankan government places a strong focus on dairy farming and Menike has already met three Presidents as well as many ministers and government officials in the course of her work. Last year, Nestlé recognised her as one of the top 100 dairy farmers in the country, praising the quality and yield of her milk as well as her farm and animal management. These accolades have helped Menike to earn social recognition from her community and among her farming peers.

“It was a huge challenge,” she says, “but I’m proud to say that I didn’t just overcome it, but soared above it to grow our little farm and educate our children.” 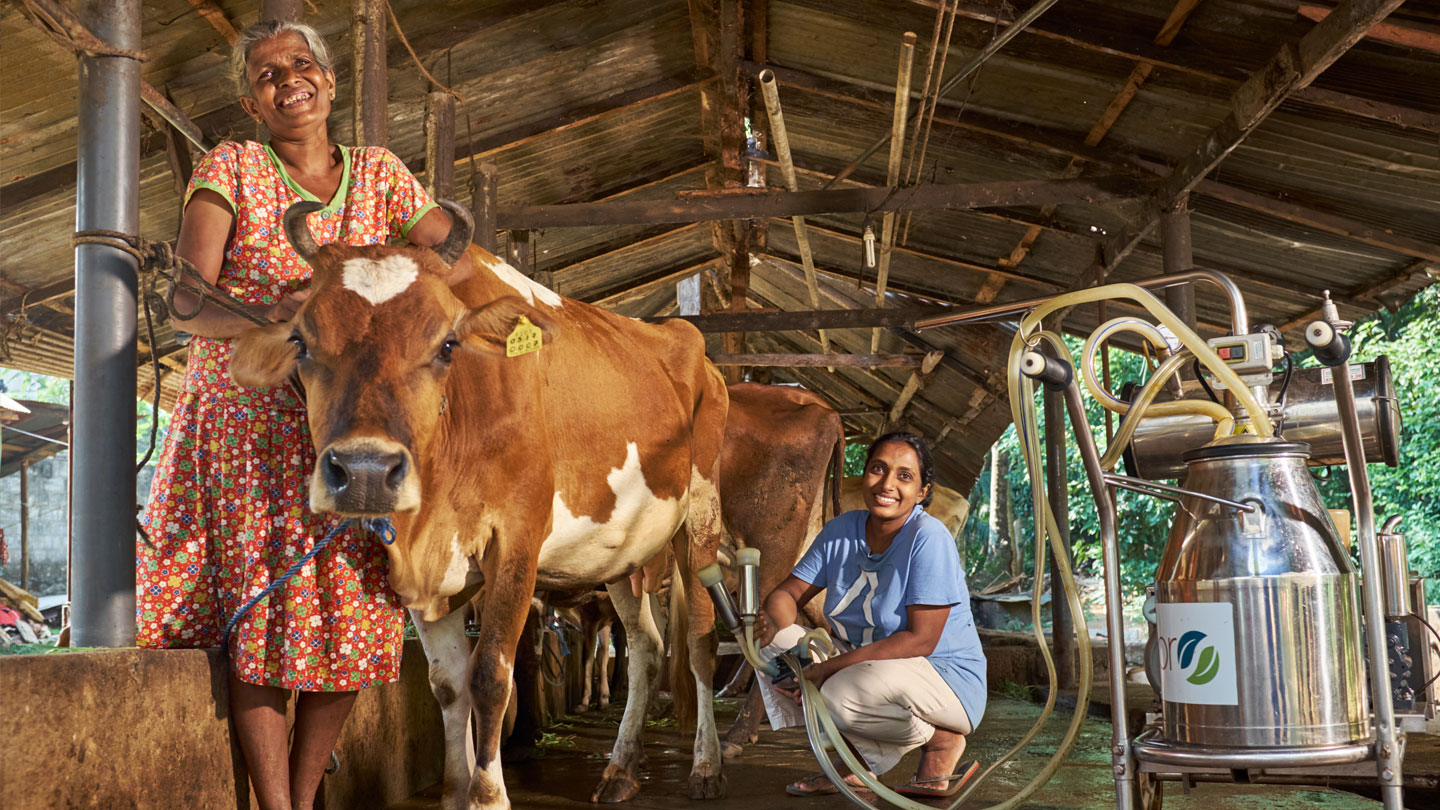 Menike is always looking for ways to expand her business. She currently produces 40 litres of milk a day, some she keeps for her family, some she sells to people in her village, and the rest she sells to Nestlé. Always on the lookout for a new challenge, she has set herself the ambition to scale up her milk production to 100 litres a day.

With the support of her daughters, Menike has built up an attractive and lucrative business that she hopes to one-day pass on to them. “This is my legacy,” she says. “I worked hard to bring my business to where it is today and my children won’t have to face the difficulties that I did. I would like them to continue the business and use their education to develop it further.”