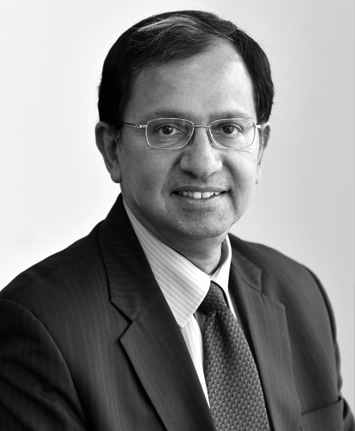 is the Head of Nestlé in South Asia, which includes Sri Lanka, India, Bangladesh, Nepal and the Maldives. He was appointed as a Non-Executive Director and Chairman to the Board of Nestlé Lanka PLC on 16 October 2015.

Suresh joined Nestlé in 1999 as Executive Vice President - Sales in India. He moved to Nestlé Indochina (which includes Thailand, Cambodia, Myanmar, Laos and Vietnam) in 2003 as Executive Director for Sales, Marketing and Food-Services for the region. Two years later, he returned to Nestlé India as Head of Sales.

In 2008, he was appointed Managing Director of Nestlé Singapore. He was awarded the Medal of Commendation by the Government of Singapore for sustaining growth amidst economic downturn in the country. In 2010 he was appointed Head of NEAR (North East Africa Region) for Nestlé. His last post before moving to his current role in South Asia was Chairman and CEO of Nestlé Philippines.

He holds a Master’s Degree in Economics from the Delhi School of Economics and a Diploma from the IMD Executive Development Programme in Switzerland. He has also participated in Nestlé’s Leadership Programme at the London Business School.

Suresh has over 30 years of experience in the FMCG industry. In addition to Nestlé, his vast career includes a number of senior management positions in Unilever and Colgate Palmolive.